Posted by Liz Winter Medium at 22:26 No comments: 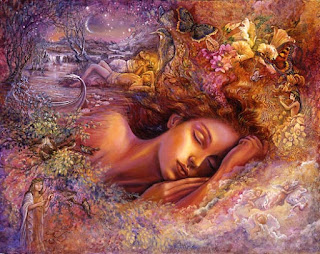 The man standing before me was dressed in orange overalls with stripes on the arms, wearing a hard hat and large red letters loudly embossed across his chest spelling 'Emergency Worker' He looked familiar.

His co workers were busy around him loading equipment into a white van.  He looked me directly in the eye as I noticed a falling star in the night sky behind his head, as if to accentuate the words he was about to utter.  He said; 'The trick is to make problems your friend'  I nodded in agreement as if it made perfect sense.......then slowly I woke up.

I had been having wild dreams all night long but this vivid dream fragment remained clear in my mind.

I began to think about how we automatically judge events in our lives. That's good, oh, that's bad, but that's good and that's not so good. Good, bad, good, bad. But is it really?

Or is every experience, good or bad, an opportunity for learning, for wisdom or simply to feel a range of various states of human existence to feed our souls that are hungry for growth and expansion? How often do we resist the flow of life because we don't want to feel uncomfortable or feel out of our comfort zone. 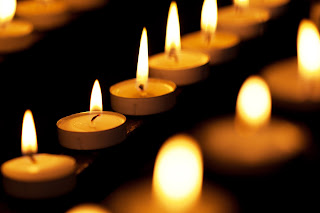 I began to think about certain challenges in my own life and realised that I was not making these challenges my friends but rather either avoiding them all together or feeling flat every time I thought about them. I am now considering reinventing some of my attitudes.

I recalled a Buddhist story I once heard that has always stayed with me:

A fifteen year old girl became pregnant. When her parents asked her who was the father, she said it was the Buddhist Priest at the local monastery. The parents angrily confronted the Priest and the Priest replied 'Is that so?'

After the baby was born, the parents delivered the baby to the monastery and told the Priest he would have to raise it. 'Is that so?' said the Priest. He accepted his fate and the responsibility of the baby's care and welfare.

A year later, the young mother could not deal with the guilt she was feeling anymore and confessed to the parents that she had lied and the Priest was indeed, not the father.

The parents went to the Priest and apologised profusely. The Priest's response was...you guessed it...'Is that so?' The Priest returned the baby to it's grandparents.

The wise Priest went with the flow.  He viewed what was happening as neither good nor bad. He just accepted this was what life was dealing him and went with it. It all turned out okay in the end.

I am not saying we should all accept whatever crap happens to us but perhaps before we judge it as 'crap' we can shift out attitude and embrace challenges and problems rather than run or avoid the experience because it's uncomfortable or difficult. In fact, perhaps sometimes we may be able to turn the problem into a blessing.

I also know now why the Emergency worker looked familiar, he was one of my Spirit Guides in disguise, he had the same eyes.

(PS Thanks for the guidance dream gods and guides! Send me some more crazy dreams, I love it)


Posted by Liz Winter Medium at 01:56 No comments: